“Huh, get a job?” say the B-52s or A View from a Liberal Arts University 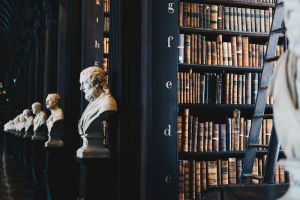 Today, in most institutional settings there is at least lip service paid to the linkage between education and career. All will have a career center and have some minimally loose ideas, often not completely correct, of how the social sciences fit into the larger work world.

Enter the liberal arts university, my last stop in a long career arc. Mine was public and a member of the Council of Public Liberal Arts Colleges (COPLAC). The select 28 institutions of this group work gamely in an environment that sees them as increasingly esoteric and irrelevant or downright threatening (liberal, indeed!). At least five of them are in deep financial trouble and/or have been subject to merger: Mansfield University (PA); Henderson State (AR); the University of Maine-Farmington. Vermont State University-Johnson Campus; Keene State College (NH). They suffer from the usual litany of problems ranging from shrinking demographics, underfunding, and location (rural rather than urban).

In this neoliberal age which increasingly wants to see universities as narrowly and linearly career centered, how does at least one liberal arts university react to being seen as irrelevant? First, let’s unpack the notion of “irrelevant.” Most people use the term to mean a combination of elitist and disconnected from the larger world: knowledge for knowledge’s sake without a single care for how that might apply outside the university’s gates.

You might think that faculty in such institutions would bristle at the notion of irrelevancy. For example, they might contend that they are, in fact, far better at educating and launching their students into their next chapter because they teach in smaller batches, do more hands-on teaching, and can help students translate their disciplinary skill set into a variety of career paths.

How a career focus plays out in reality is, not surprisingly, far more complicated. At my former institution, faculty fell into three or so camps.

The first was downright hostile to any idea of worrying about student careers. They considered themselves purists. Their job was to educate students who then, armed with all that knowledge, had to figure out what was next.

The second, and largest group, was ambivalent. They had not been trained to worry about the connection between degree and career, let alone the translation problem which led to a kind of general paralysis. Among this group, career preparation boils down to things like how to write a resume or how to design a cover letter.

The third group understands the translation question. While it’s all well and good to write good cover letters and have an easy-to-read resume, the real key is translating the anthropology skill set to outsiders who don’t have a clue (or worse).

Let’s circle back to those purists. They will defend, with grave earnestness, the liberal arts model (as if there’s one model) as deep-knowledge-based learning that goes back to Ancient Greece. Theirs is a principled position steadfastly barricaded against the headwinds of contemporary pressures for a technical-mastery, skills-based learning that is narrow, linear, and jobist.

Here’s where they miss the boat. In Ancient Greece and into the European medieval period, folks advocating for a liberal education as rightly and properly applied largely won out. They argued that the use of rhetoric and logic in the service of citizenship through governance and action was a value. In fact, they would have seen the humanities as applied while the sciences were esoteric, abstract, and obscurely theoretical.

Indeed, I’d argue that the three pillars of liberal education—writing, speaking, and learning—are all broad career assets. Most people do them poorly so that anyone who does them well, no matter the career, is ahead of the game. To these pillars we could add such skills as teamwork, understanding diversity, and the act of disciplinary translation, which are also foundational.

My hot take on liberal education is that we need to help students master those skills with reasonable ability. Next, students need to couple them with deep disciplinary training and as much experiential learning as they can pack into an undergraduate degree. Finally, they need to learn translational skills so that would-be employers can grasp the value of an anthropology degree and the unique talents that newly minted graduates bring to the workplace.

About the Author: James H. McDonald

James H. McDonald is an applied cultural anthropologist who has worked on issues concerning rural development and systems of governance in Mexico and Guatemala. He also served in a wide variety of academic administrative positions, the last of which was Provost at the University of Montevallo, Alabama’s public liberal arts university.